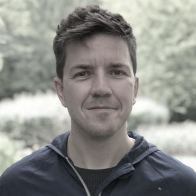 My name is Adam and I’m the creative mind behind Man Body Spirit.
Pleased to meet you.

If you’ve found yourself here at ManBodySpirit.com you might be interested to hear a bit about me, to understand why I started this and assess whether or not my stories will be relevant to your life.

Mine is a tale that begins with humble beginings and feelings of unworthiness, progressing into a strong work ethic – perhaps borderline workaholism – followed by two years of personal tragedy and enormous life change.

But more signjificantly, how I made my way out the other side, to a much better place mentally, physically, emotionally, spiritually and professionally.

Today I have the privelege of doing a job I love with a company I always dreamed of working for. I live in one of the most beautiful and culturally rich cities in the world, Amsterdam, and although it’s an ongoing balancing act to carve out time for fun, hobbies and passions – on the whole I live a great life.

A BIT ABOUT ME

Firstly, I very much identify as your average British guy. I grew up with my Mum in South East England and had pretty regular interests – football, music, girls, video games. Although unlike some of my peers, I always had an interest and openness to ideas from Eastern philosophies, natural and alternative medicine.

We didn’t have much money, so I’ve been working at least one job at a time (sometimes as many as four) since I was legally allowed. Couple that with a Catholic school upbringing and you can start to build a picture of someone with a strong work ethic, driven part by necessity, part by a sense of unworthiness in the world.

And by some measures, it has got me far. But I won’t pretend that I have everything all figured out. We are all works in progress.

And that’s one of the things I want to share with the world through Man Body Spirit- My progress, my lessons, the wisdom I collect along the way.

Because when I look at where I was in my life even just five years ago it was barely recognisable to now in so many ways.

I WANT TO SHARE MY PROGRESS, MY LESSONS, THE WISDOM I COLLECT ALONG THE WAY.

Until relatively recently I didn’t feel any sense of control in my life.

I wasn’t unsatisfied with it. I had a job I didn’t hate, was living in a great community in South East London, had enough disposable income to do most of the things I wanted with my spare time. But I was directionless. I had no master plan.

Work was the main thing that had very clear expectations and objectives mapped out so I tended to pour most of my energy into that. It was the clearest path of least resistance. Consequently, I was working long hours, thinking about work in my private life, and pretty much prioritising that above all else.

What’s weird is that, if I’m honest, I can’t truly say that was expected in the office culture, or that I was being asked to work long hours by anybody. It was just my default approach that on some level I suppose I thought validated me somehow. If my work colleagues respected me as a hard worker then that was a badge of honour. Plus they appreciated the efforts I was going to for the team, so they liked me too.

Respected, appreciated and liked – of course that was appealing.

What I didn’t realise at the time was that this came with a cost to pretty much every other area of my life which I was neglecting.

I cringe now when I look back and think about the evenings and weekends spent in the company of friends and family when my mind was more focused on work project X or Y than really appreciating the time with them. The cancelled plans, the broken promises. All of that comes back to haunt you hard when those family members aren’t around anymore.

And that’s not to say I was a workaholic. It wasn’t so extreme that it was damaging my health. I still found time to exercise regularly, to meet with friends and attend events. The issue was more that everything was done on auto-pilot. There was no intentional direction guiding my decisions or actions.

I was very much letting life drag me along and do whatever it wanted with me. If invited to events I would attend without thinking about whether I wanted to or not. If someone asked me to do something for them, I would do it without question, regardless of whether I was the best person to help them or not.

In some ways I treated life like I was a video game character making my way through each stage and dealing with daily challenges as they arose. As opposed to choosing my own adventure.

But I don’t think this kind of story is unique to me.

I know many people whose experience of life is similar. Led by circumstance and other people’s expectations. Our minds bamboozled more than ever these days by the millions of messages that pass our eyes each hour online and offline, influencing what we think we should be doing, rather than what we actually want to be doing.

A few years later I’m pleased to say I have focus, clarity, more energy, less stress and anxiety, and I feel a much greater sense of contentment, freedom and direction in life.

But a lot has happened in that time.

I lost both of my parents after damaging illnesses, I moved from the UK to Germany, changing jobs in the process, and then to the Netherlands. I’ve learned two new languages (German & Spanish), began to swim, advanced my yoga practice, discovered the wonderful benefits of meditation, got pretty good at tennis, not to mention experimenting with lots of other activities such as Calisthenics and Qi-Gong. I’ve become vegan, stopped drinking alcohol and pretty much changed my entire outlook on a whole wealth of things.

Right now, I’m learning to play the keyboard and preparing for my first competitive tennis season, as well as launching this online platform.

I should also point out that I’m still working a full-time job in a major organisation. I’m not blessed with a lot of free time – I’ve had to be creative and disciplined to carve out the space for all this.

But I couldn’t have done anywhere near as much of that stuff, or coped with two of the toughest periods in anyone’s life, without a large number of lessons, adjustments, new habits and mindset shifts along the way.

These amazingly positive influences have enabled me to build a new foundation for my life. To understand and live true to my values and develop the daily habits that have shifted my mindset to the point that now anything seems possible.

Which is where the idea for Man Body Spirit was born.

As I’ve faced or embarked upon new challenges I’ve been exposed to some amazing sources of wisdom. From personal mentors, books, online materials, podcasts, conversations with fleeting acquaintances… So much insightful value that has been of such fantastic benefit to me that I feel a sense of duty to share it with the rest of the world, in the hope that, if there are people out there also struggling with the things I have, then maybe it will help them like it helped me.

In order to grow I needed to be vulnerable and reflect deeply and honestly on my life before I was able to move forward.

So I also want to help other men open up and have the kinds of conversations about vulnerability, mental, physical and spiritual growth that somehow are still too rare.

Even though as a species we arguably need to be having them more than ever.

These days I feel supercharged. Like I’m on a fast track power-up of personal growth and adventure. And I would like nothing more than for you to join me on my journey. Learning as I learn, gaining insight from each other’s failures, hopefully celebrating some great successes too.

So join me for the ride. It’ll be fun.
And hopefully we’ll all grow a fair bit along the way too. #20: Power up your relationships

ABOUT US
Our mission is to be the number one gateway and resource for men looking to make positive change to their mental, physical and spiritual wellbeing.
Contact us: manbodyspirit@gmail.com
FOLLOW US